When laboratory animals misbehave!  We just don't get enough movies about six-foot tall humanoid rat creatures.  Instead we get what Harrison Ford has been turning out over the past 40 years...pure garbage! Leave it to our friends at Jagged Edge Pictures, they are rivalling The Asylum, to give us a creature feature we actually want to watch.  Today's feature is 2021's "The Mutation," directed by Scott Jeffrey.

Peter (Nick Danan) is conducting experiments in his home laboratory.  This is very often a suspect idea.  Nevertheless, the experiment gets loose and mauls him to death.  The experiment?  The aforementioned rat-man (looks like a cross between Senator Elizabeth Warren and Twiki).  Now rat-man feeds on the U.K.  The police call in a duo of zoologists to help in the capture of rat-man.  The despondent Allen (Ricardo Freitas) and the nubile and perky Julie (Abi Casson Thompson).  Oh yes, Peter's widow, Linda (Amanda Jade-Tyler) also wants to help.  As rat-man (Derek Nelson) eats England, Linda keeps giving Allen gin and is angling to give him a backrub.  When the cops wonder what Allen and Julie are doing to find rat-man, Allen just yells at them and has more gin with the grieving widow. 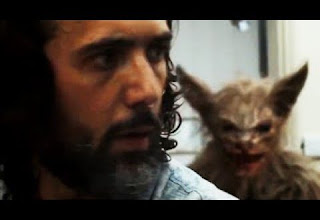 Now Allen has a plan...a dreadful plan...but its a plan.  Shelve all the firearms and grab baseball bats.  No wonder the empire crumbled.  Rat-man continues eating people...cops, mechanics, party-girls, waitresses, and cooks.  The restaurant massacre scene will be classic, you'll see. Allen yells at the police some more, gets a backrub, and has more gin while waiting for rat-man to come back to the house he was created in.  Now everyone converges on this house waiting for rat-man to return...armed with...baseball bats.  A dramatic final confrontation is a sure bet.  Regardless of the final battle, the ending is epic and perhaps a metaphor for the behavior of the so-called Royal Family. 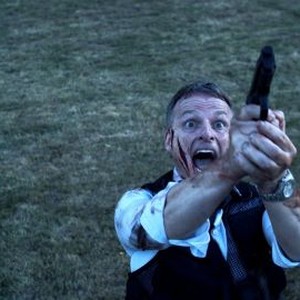 Will Allen get more than just gin and a backrub from the grieving Linda?  Will the police realize that Allen really has no clue as to how to catch rat-man?  Is Linda's grieving method a good way to find closure?  This is a fun one, as all of Jagged Edge's films are.  For a wonderful Friday night creature feature, see "The Mutation."