The 7th Hunt, Slaughter of the Annoying

Ominous...dark...without humor...gory...perhaps torture-porn...many will detest this film. Hardcore horror fans will find a gem. This is one of those movies that half who see it will be angered by it, and the other half will laugh and cheer. In 2009's "The 7th Hunt," don't get too attached to any one character as you might be disappointed. Will there be a 'final girl' here? You'll see. Survive or not, everyone will be bloodied and tortured. 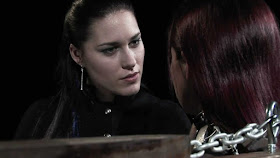 Some wealthy criminal cabal has organized a hunt. The game? Great looking college aged hunks and babes...all with flaws, will be hunted. There will be Callie the Goth (Cassady Maddox), her sister Ariel the deaf athlete (Imogen Bailey), Ricky the misogynist (Matthew Charleston), and Sarah the spoiled and pampered rich girl (Olivia Solomons). They will all be abducted and preyed upon by an even more interesting gang of killers. My favorite is 'The Hand' (Tasneem Roc). She tortures with her martial arts and will be assigned to the misogynist. Our deaf sweetheart will be tortured and broken by 'The Sniper' (Jason Stojanovski)...this will be heartbreaking, be warned. The bloodiest is the 'The Knife' (Malcolm Frawley) and what he does to pretty young Sarah...eek! 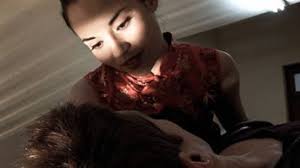 As our abductees are bloodied and maybe killed...you'll see, we are let in on some weird dynamics. For example, the sultry Hand desires to kill another hunter, 'The Inquisitor' (Sarah Mawbey). 'The Inquisitor' is having sex with 'The Hand's' dad. The beauties are headed for a showdown themselves and the blood will flow even between the hunters. The hunt is more of a slaughter and the good won't fare well. Callie the Goth emerges as the one with the most fight, but beware, 'The Inquisitor' may just be playing with her. Knives, clippers, rifles, BDSM torture devices, and electricity are just a few of these torture and murder tools utilized on the beautiful victims. 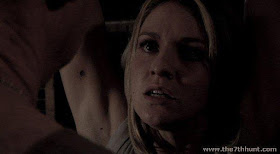 Will any of these beauties survive the hunt and if so...what will be in store for them? The maker's of this film surely won't kill off a beautiful, clean-cut, deaf track star...will they? Will the sultry 'Hand' punish her rival 'Inquisitor' in a cat-fight to the death? I've left so much of the plot out but if you like your horror hardcore, bloody, and without mercy...see Jon Cohen's "The Seventh Hunt." This is one of the best Australian films of the 21st century.
Christopher Zisi at 2:23 PM
Share