Maryland filmmaker Don Dohler's films are usually set in and near Baltimore.  My two favorites are "Harvesters" and 1982's "Nightbeast."  Having lived in Maryland from 1990 to 2005, his work has always interested me. In this horror-scifi tale, the gore and kills are maximized and we are introduced to a very visually pleasing heroine, the Perky and Sensual Deputy Lisa (Karin Kardian, who appears in her one and only film).  For low budget, the creature effects are superb. 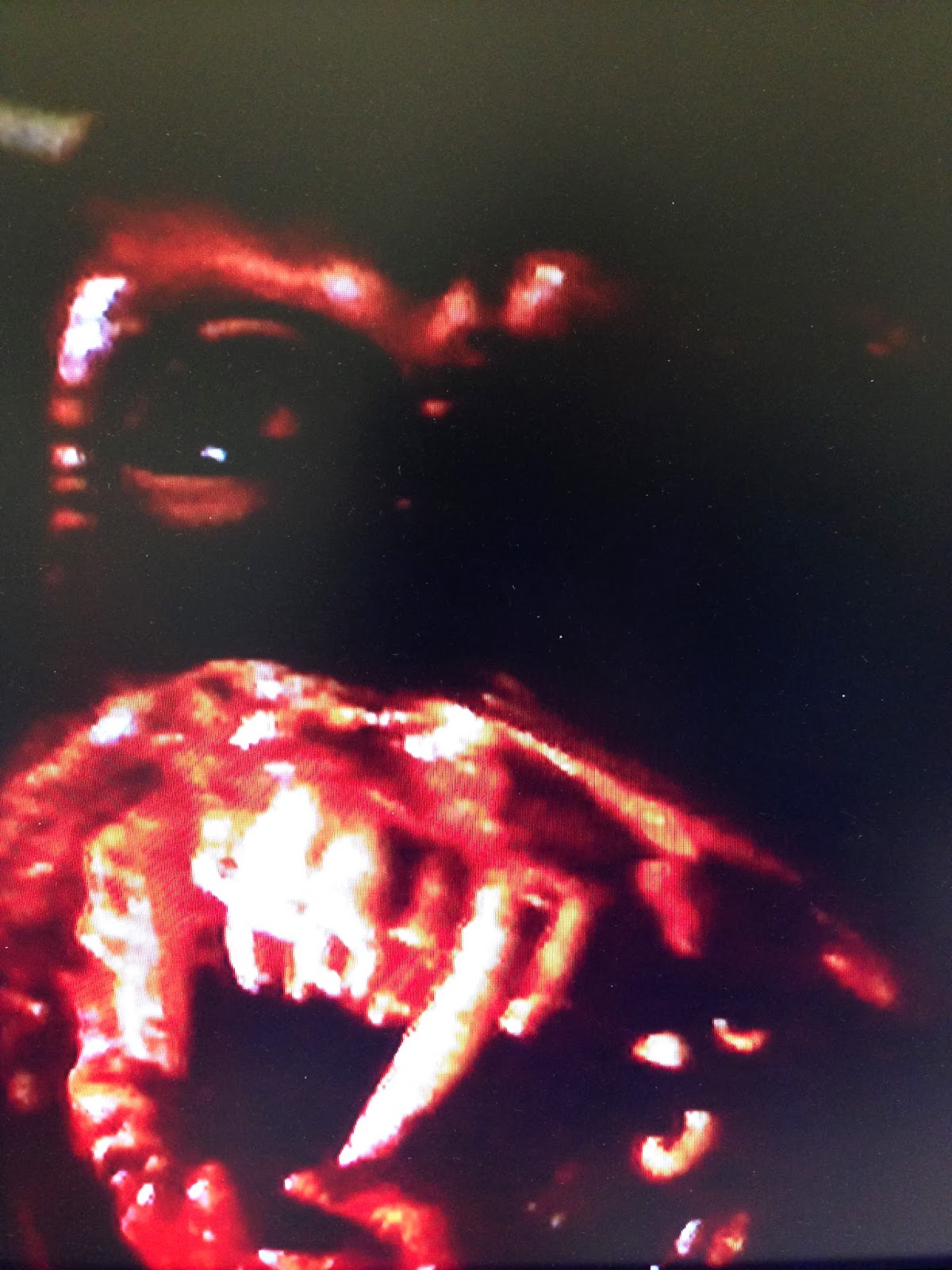 The plot: A spaceship crashes into the woods in residential Baltimore.  A beastly ET walks away from the crash and over a seven minute span vaporizes three redneck hunters, disembowels a grouchy Uncle Dave, disintegrates Dave's niece and nephew, and disembowels two young lovers.  The Sheriff mobilizes his men and a posse, and even wakes the Perky and Sensual Deputy Lisa from her beauty sleep and together they track this fiend.  The hunting party is a dismal failure, as the ticked off alien wastes most of it.  Within 15 minutes into the movie the death count reaches 16.  A subplot concerns the Misogynist Biker Drago.  His antics serve to distract the Sheriff and the Perky and Sensual Deputy Lisa.  The Misogynist Biker Drago is in four scenes (1. He insults the Sheriff, 2. He brutally attacks his hot girlfriend, 3. He returns and strangles that same girlfriend to death, and 4. He disarms and inflicts an elongated and brutal beat down of the Perky and Sensual Deputy Lisa- see picture below).  Eventually the Sheriff blows him away. 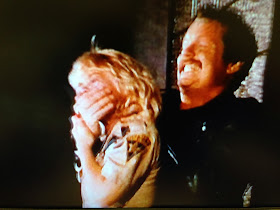 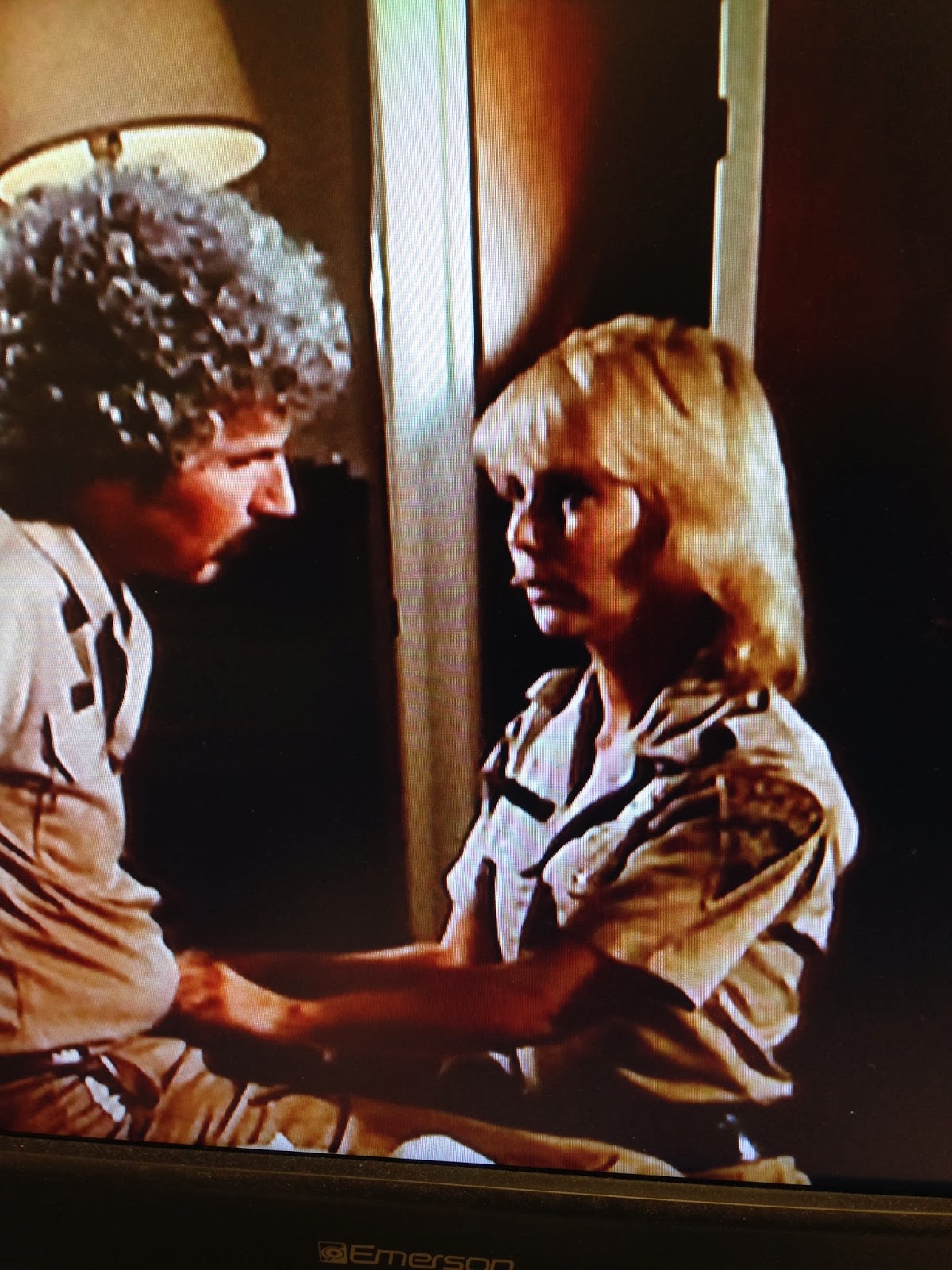 Will the Perky and Sensual Deputy Lisa save the world...and earn a promotion from her boss?  Will the Sheriff's wound require more care from the Perky and Sensual Deputy Lisa?  The ending of this movie, heavily influenced by 1951's "The Thing From Another World," is loud and exciting.  This movie goes out with bangs, explosions, and fireworks (literal and figurative).
Christopher Zisi at 4:09 AM
Share