Death Machine, The Beauty vs. The Mechanized Beast

1994's "Death Machine" was made by Stephen Norrington, who did creature f/x for some of the Alien films.  His mechanized beast is reminiscent of the Alien creature, and the protagonist, Hayden Cale, played by Ely Pouget (see picture), is reminiscent of the Ripley character...tough, smart, and unable to look at herself as a victim.  The setting is also very similar to Alien.  Instead of a hulking, Gothic spaceship, "Death Machine" uses a cavernous skyscraper which houses the proverbial evil corporation (Chaank, Inc.).  This movie also gives us guidance in answering that embarrassing question we all face sometimes, "Would you sleep with a total stranger if it was a matter of national security?" 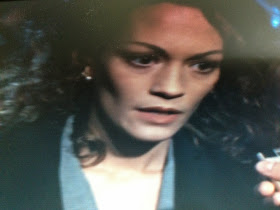 The plot:  Chaank Inc. is an evil defense contractor who manufactures banned war machines, like psycho-cyborgs...which often malfunction at the expense of innocent townspeople.  Hayden Cale, a new executive at Chaank, is determined to legitimize them. On her first day at work, she goes toe to toe with Chaank's evil executives, and their head scientist Jack Dante (Brad Dourif).  Dante is one third hacker, one third genius inventor, and all pervert.  Dante (see picture below) tries to intimidate Cale by letting her know he can hack into anything of hers, and showing her some magazines she posed in while she was in college. Instead of being ashamed, she is indignant, and attempts to block all of Dante's access.  While this is going on, an anarchist group invades Chaank in order to expose their illegal inventions. 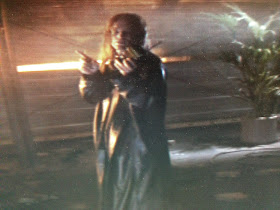 The anarchist's invasion allows Dante to mobilize his most treasured weapon, which is stored in the mysterious Vault 10.  Now the anarchists must join forces with Cale to defeat the evil genius and his creation.  The creation?  It busts through concrete as if going through paper.  It's fast.  It's moody.  It's got a slew of rapidly rotating blades and guns and is totally loyal to Dante.  Dante's terms of surrender?  He demands Cale hire him back and have sexual relations with him anytime he desires.  She refuses and the war is on. 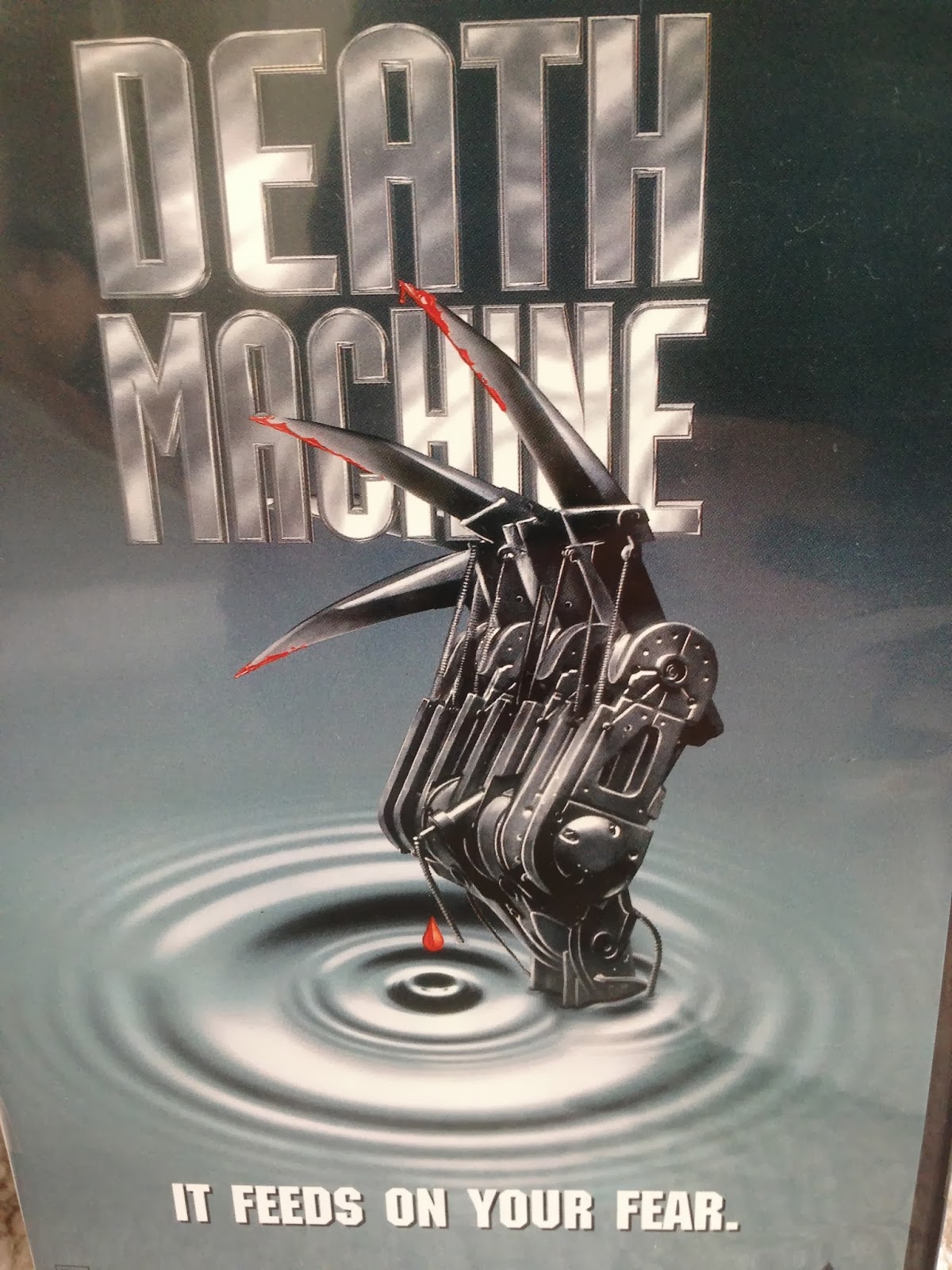 Brad Dourif's performance as the evil mad-man is classic.  Ely Pouget as the tough corporate executive is the perfect foil for Dante.  Cale and her new anarchist buddies must survive the perfect killing machine and come up with a strategy to destroy the indestructible invention.  This is an exciting and loud movie with very exaggerated characters.  Director Norrington, pays homage to many of the 1980s horror icons, and his creature f/x here are terrific.  This movie will keep you enthralled for its duration, which will feel like a roller-coaster ride.
Christopher Zisi at 5:00 AM
Share