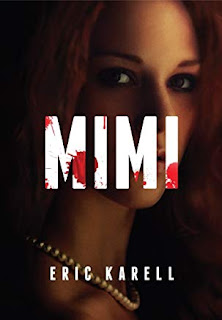 A brilliant legal career eventually gives way to a nightmarish jaunt into failure and tragedy. Karl's family not only falls apart but his children die horribly. His wife leaves and Karl is left to assess and go mad. We initially like Karl, he loves 70s exploitation and horror films and is infatuated with a deceased 70's exploitation actress Cynthia Jamison. Karl's tragic voyage connects him to Cynthia's demise decades earlier when drugs and creepy guys led to her demise. Not able to save his own family, Karl is determined to save this long dead goddess...but how? 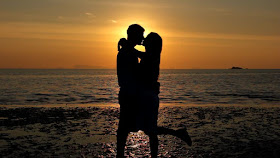 Enter the occult and supernatural...and Karl finds himself back in 1978...the year Cynthia dies. Yep...he meets the gal of his dreams at an A-List party and the two quickly dive into an erotic and unhealthy relationship. Karl is smart enough to move on...but remember what brought him to 1978. Something deep inside Karl glues him to this ill-fated beauty. Her survival is vital to his redemption for the tragedy that befell his own family. The sex will be glorious and many of us will be saying, "Is that even possible?" Of course most of us aren't banging a cocaine addicted, sleazy men's magazine- model. As with most sexual ecstasy, when not in the confines of marriage, the consequences will be just as dramatic. No spoilers here, but Karl and Cynthia's (nicknamed Mimi) will send you to the showers and eventually have you gasping.

Can anything good result from Karl's mysterious bout with time-travel? Can Cynthia be saved, and if so how will the future be changed? Does 1970s exploitation and its ill-fated queens have a place in the fantasies and imaginations of all of us 50 something guys? Despite the emphasis on erotic fantasy, by the time you reach the final pages, this will be a horror story...you'll see. For a quick, steamy, and vicious look at the consequences of one man's fantasy, read Eric Karell's Mimi. To order this novel on Amazon, click on the link below.
Mimi by Eric Karell
Christopher Zisi at 7:03 AM
Share