The Mystery of the 13th Guest, The Last Supper

As Easter approaches,we should take a look at the Last Supper.  No...not that one.  1943's "The Mystery of the 13th Guest" examines the last supper in which a dysfunctional family had together, and the murderous results.  An old house, adorned with cobwebs, trap-doors, secret passageways, deadly booby-traps, and a murderous fiend grace our blog entry today.  Oh yes, throw in a beautiful damsel in distress, a square -jawed private eye, wise-cracking cops, and a family steeped with motives and we have a fun tale of carnage and suspense.

As our film begins, the patriarch af the Morgan family has gathered his family around a formal dinner table.  They are seated in 12 chairs, with a 13th left unoccupied.  He tells them that his death is imminent, and gives his unloving family some bad news.  The will will not be executed until 13 years after his death, or when his good and pure niece, Marie, turns 21. Morgan is last seen laughing at his greedy kin and extolling, "Hopefully some of you will be dead by then." The young and cute Marie is given a letter, which she is instructed to open on her 21st birthday.  Her grandfather tells her that the letter will give instructions for the reading of the will.  Fast forward, 13 years, the pretty and nubile Marie enters the house, filled with cobwebs and dust and opens the letter.  Surprise, all that is written is "13-13-13."  Then bang!  The unfortunate and pert Marie is murdered, and her corpse is put at the same place at the table in which she sat 13 years previous.  The cops arrive and so does Johnny Smith (Dick Purcell), a private investigator hired by the Morgan family. 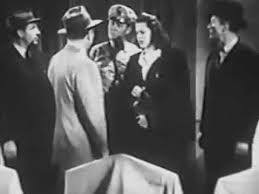 The cops are baffled as the cause of death for the glamorous and naive Marie is determined to be electrocution.  As the rest of the family converges, hoping to reap the benefits of Morgan's will, we meet a slew of prime suspects.  Surprise, the lovely and imperiled Marie waltzes in.  Apparently the corpse in the chair is determined to be some poor schmuck who had plastic surgery in order to impersonate Morgan's favorite niece.  As the Morgan heirs bicker, the family attorney is then found dead in the house, in...you guessed it...the exact same chair he was seated in 13 years ago.  As Johnny falls in love with the vulnerable and pristine Marie, the murders continue.  The victimized and good Marie is lured to the house believing Johnny will meet her there.  Unfortunately for her, only a masked man, hiding in a secret basement awaits her. 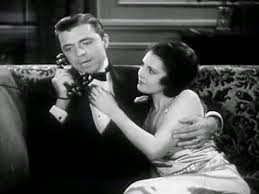 Who is murdering the greedy Morgan family members?  Is it the nymphomaniac sister (Jacqueline Daly) of the amorous and wide-eyed Marie, who also desires Johnny's affection?  Or perhaps one of her brothers who desires the family fortune is responsible.  Can Johnny arrive at the house in time to save his precious new love interest?  What do the cryptic numbers (13-13-13) mean?  This Easter season, revisit the last supper of the Morgan family and enjoy "The Mystery of the 13th Guest," available on Netflix.
﻿
Christopher Zisi at 1:22 AM
Share