Quarantine 2: Terminal, Can a Stewardess Save the World?

We haven't looked at a heroic stewardess film lately (see my review of "Loaded Guns" on Nov. 24, 2013 or "Crocodile 2: Death Swamp" on Nov. 14, 2013), so let us do so now.  The "Rec" franchise, from Spain, is a grim set of movies in which the human race does not fare well.  The American counterpart to those films are the "Quarantine" films.  In the first film, human hyper-rabies sweeps through an L.A. apartment building.  A firefighting crew and a TV reporterette are the casualties.  Picking up where the original left off is 2011's "Quarantine 2: Terminal."  In this, just as grim story, pretty Jenny (Mercedes Mason) is one bad-a** stewardess who is determined to take care of her passengers.

As our story begins, pretty stewardesses (pictured above) Jenny and Paula (Bre Blair) are changing into their uniforms in the back seat of a cab.  Rushing to catch their flight after attending a rock concert, they have no idea what terror awaits them.  On a half filled flight from LAX to KCI some lab rats have been snuck aboard...and a really fat passenger is bitten.  The guy develops rabies and pukes on pretty Jenny and bites pretty Paula (now not as pretty) on the face.  Uh oh...the co-pilot is showing symptoms and the fat fiend wrecks havoc before being semi-contained.  The FAA orders the plane to land immediately, which they do.  An army medic treats the increasingly less pretty Paula, and pretty Jenny tries to get everyone off the plane once they land.  Unfortunately for Paula, her good looks will abandon her in a very short time (see photo below).  Mysteriously, the terminal this flight is directed to is abandoned. 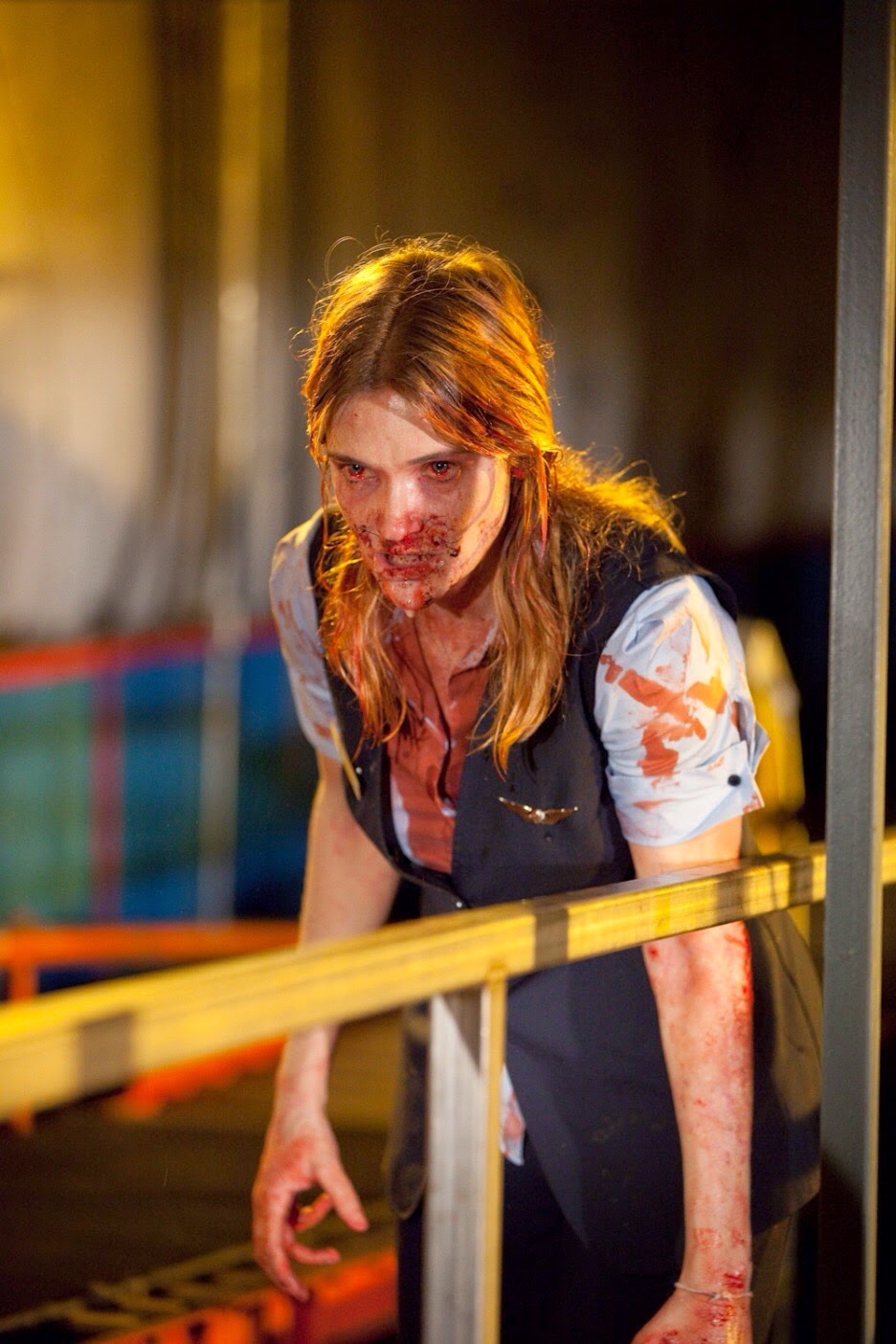 With several infected passengers munching on anyone in sight, pretty Jenny takes charge (..don't even ask about the pilot's fate).  Once in the terminal the CDC sends soldiers in containment suits to "treat" the surviving passengers.  Unfortunately, the treatment isn't an antidote, but something else.  No matter, the containment suited soldiers don't fare well, and now it is up to pretty Jenny to lead the survivors to safety.  Some plot twists unfold as pretty Jenny must not only battle rabid ex-passengers, but discover how the rabies entered the plane in the first place.  Pretty Jenny, in order to protect her peeps, ends up fighting off just about every infected monster, one by one. 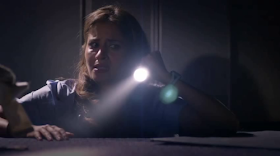 Will pretty Jenny be able to stay pretty or suffer the same fate as Paula?  Who is pretty Jenny's more menacing foe, the rabid or the military which is quarantining the terminal?  Are the human rabies, and attacks upon pretty Jenny merely a metaphor for the abuse the Flight Attendant Union has been receiving over the past couple of decades from unfair labor practices by big U.S. airlines?  Effective and fast-paced, Q2 also fills us in on what exactly happened to set off the epidemic in the first film.  The acting is terrific, especially Ms. Mason's portrayal of heroic (and pretty) Jenny. Available on Netflix, buckle up, as the turbulence and gore of Flight 381 will take you for quite a ride.