Just recently, Barbara Lawrence died at the age of 85.  She is most well known for her portrayal of Gertie in 1955's "Oklahoma."  However, classic horror and sci-fi fans will remember her as the heroic movie fan in 1957's techno-sci-fi thriller, "Kronos."  Her portrayal of scientist Vera Hunter was a perfect match-up with the serious Jeff Morrow.  As Morrow played Dr. Leslie Gaskell, a serious scientist bent on saving the world, Vera wanted nothing but to go see a movie.

The plot:  A mysterious meteorite (which looked a lot like a flying saucer) crashes into the ocean.  Because of it's unusual trajectory,  Dr. Gaskell at LabCentral is curious.  What is LabCentral?  It appears to be a four-man agency with authority over government and the Pentagon.  Uh-oh, this mysterious meteorite has also possessed LabCentral's director, who then acts to aid whatever landed in the Pacific. Off to Mexico go Dr. Gaskell and Vera, as the thing landed off the Mexican coast.  Fortunately for Dr. Gaskell, Vera is with him, thus when Dr. Gaskell gets bent on saving the planet, Vera can distract him so they can go beach hopping.  As the two government employees are frolicking in the surf, a 100 foot robot-like thing emerges from the depths.  Too bad for Vera, as they now have to go back to saving Earth.  LabCentral discovers this robot comes from a world whose creatures thrive on eating energy, and they have eaten all of their own.  Thus, off to Earth to eat all our energy.  The robot then walks to all the power plants it can sucking up all of the energy it can (a vampire of sorts).  No one seems overly concerned, as this is just Mexico, but when it begins walking to atomic storehouses near L.A., LabCentral realizes this thing must be stopped.

Will LabCentral find a way to destroy Kronos before L.A. is inconvenienced?  Will Mexico cut off diplomatic relations with the U.S. knowing LabCentral was more interested in their beaches than saving their country?  Will Vera get to see her movie?  The big flaw in "Kronos" is that the monster is not scary.  The makers of this film had their budget cut just after they commenced filming.  With a bigger budget the menacing robot might have had some mandibles and tentacles.  The music in this film is great, classic menacing sci-fi stuff.  The acting is pretty good.  So let us all remember Barbara Lawrence, not necessarily by watching a musical, but by watching "Kronos." 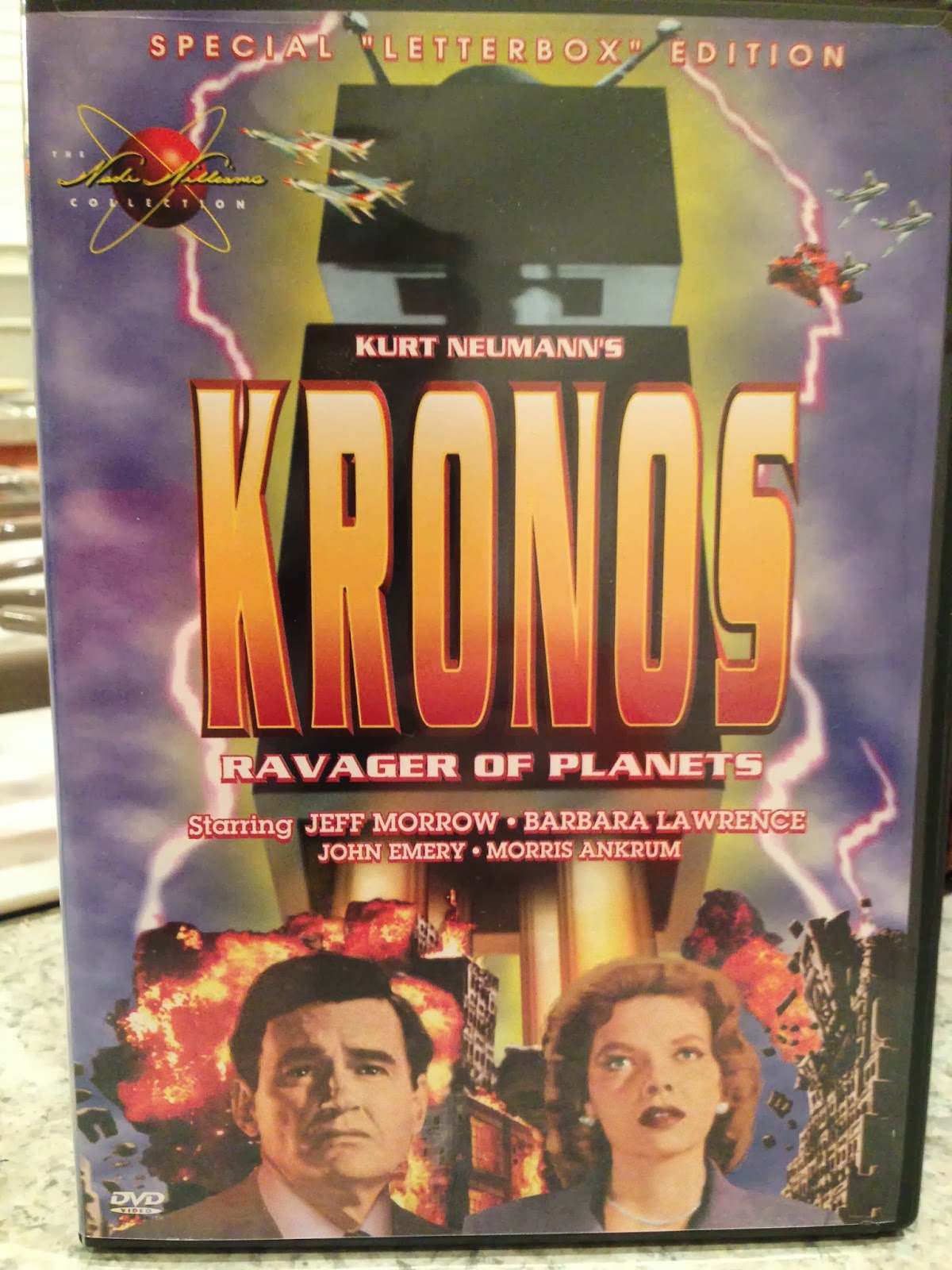