When Ridley Scott made "Blade Runner," fans of sci-fi and film noir were satisfied on both fronts.  2008's "Chrysalis" works in the same way.  It is a dark detective story which leads to a mysterious laboratory run by the proverbial mad scientist.  The best part of this whole equation is that "Chrysalis" is a French film with subtitles.  What this means is that you can say you saw a foreign film, and your pals will think you are a sophisticate.  Based on a Ray Bradbury short story, written over a half century ago, this film has enough twists and turns to keep you guessing up until the shocking end.

The plot:  "Chrysalis" opens with two seemingly unrelated stories.  #1:  A Paris detective, David Hoffman (Albert Dupontel) and his partner, who also happens to be his pregnant wife pursue some Bulgarian thugs into the sewer system.  I have almost a quarter of a century of law enforcement experience, and I guarantee you that this scenario never turns out well.  The thugs get the drop on them and murder the wife and wound David.  #2:  A mom (Marthe Keller, who played Dustin Hoffman's ill-fated girlfriend in "Marathon Man") and her 15 year old daughter, Manon (Melanie Thierry), are sharing a pleasant conversation while driving home.  Out of nowhere, their car is blindsided by a truck seriously disfiguring Manon.  Fast forward about six months.  The daughter has just finished rounds of plastic surgery which restore her youthful beauty.  At the same time, David and his new partner, Marie (Marie Guillard), hit the streets in search of the thug who killed his wife.

Then the weird stuff happens.  Manon is being maintained at a mysterious lab run by Marthe Keller, who plays Professor Brugen.....a very polished mad scientist.  Brugen has a machine at her disposal that can erase memories.  David and Marie find a dead girl killed by the Bulgarian thugs and discover the girl's twin sister is missing.  Then boom!  These stories collide and the roller coaster starts.  To tell you anymore of the plot would give too much away.

I was shocked I liked this movie as much as I did.  The DVD was dirt-cheap and good reviews for it were non-existent.  The thugs are truly evil, Professor Brugen reminds us of Dr. Frankenstein, the cops (David and Marie) are attractive and we pull for them to overcome the dark forces they are up against and perhaps become an item.  Finally, the ending is shocking, but in a film noir type of way, a happy one.  See "Chrysalis" and impress your friends by telling them you spent Saturday night with a glass of a moody Merlot and a foreign film. 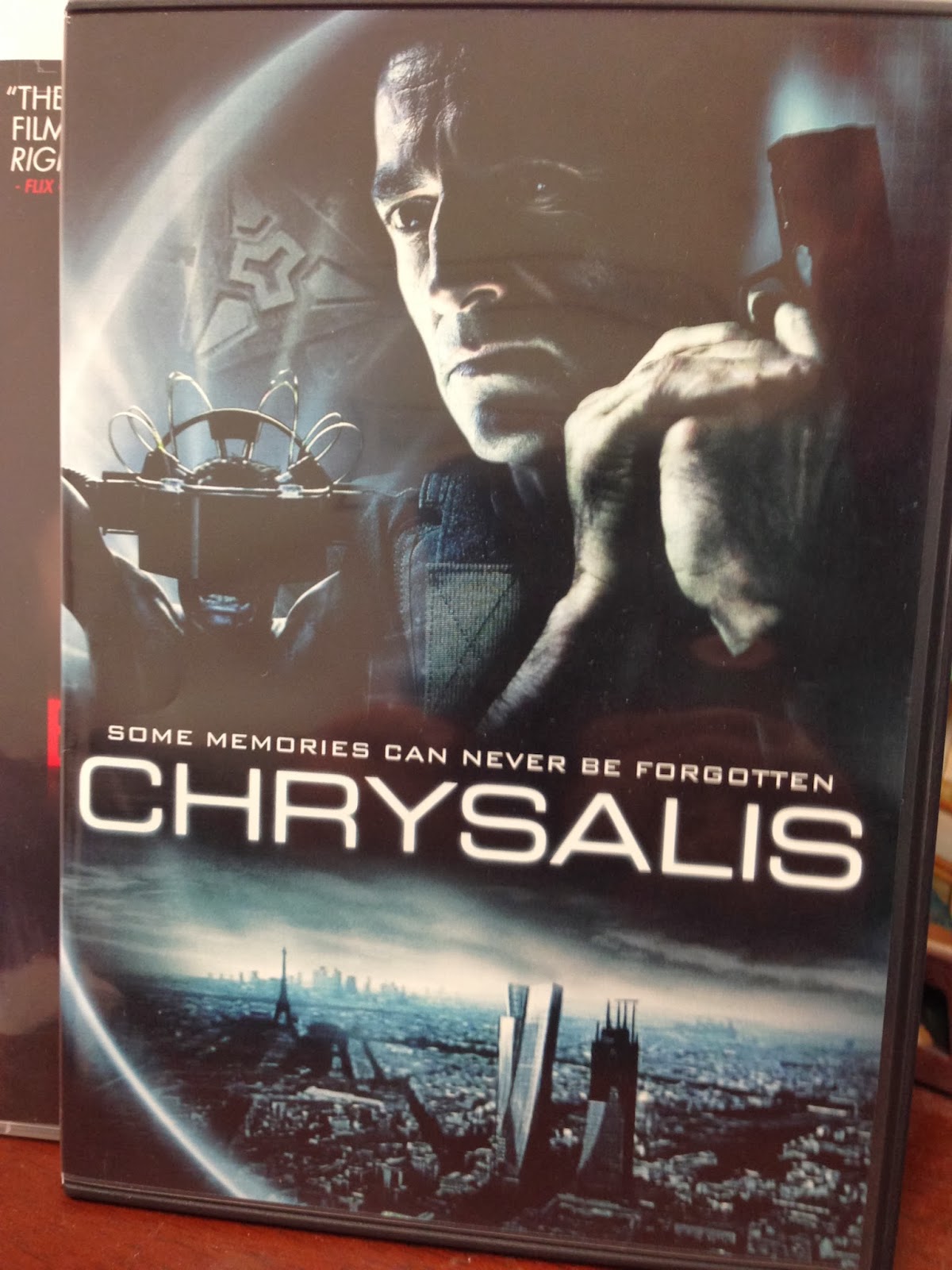