So sweet...we have young love...a young man realizing he can't live without the woman he loves. We have an artsy-fartsy woman entrepreneur who makes jewelry for her on-line business. Their worlds will collide in an explosion of passion! No, not a romance novel, thankfully, but EXTREME, VICIOUS, AND BLOODY HORROR that will explore the depths of Hell! Yes! Lou Yardley has given us The Deal Maker that spins some seemingly unrelated stories together (a la a Guy Ritchie plot) and reels them in through a grotesque antagonist which for lack of a better word, we'll call a demon. 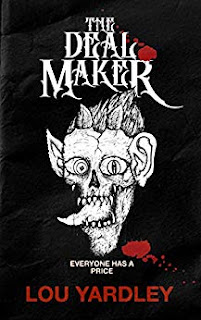 Ted loves Jesse, a woman out of his league, but deeply in love with him nonetheless. In a weird moment, Jesse is abducted and the only clue is a cryptic note discouraging Ted from finding her. Ted is driven to the brink of ruination as the months pass, but finally decides to put his own search together. With no clues, our distraught lover is contacted by a cryptic ally. This bloke (hardly human...but demonic) will help Ted pursue his love...but for a price. Ted realizes his only ally may be the epitome of evil. The demon is suave and smooth-talking and will assist Ted with clues to Jesse's whereabouts...in return for one of Ted's body parts. Will Ted take the offer? Do you really need to ask? 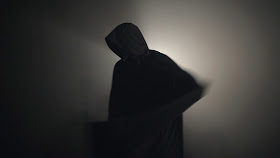 Uh oh...side stories. The beautiful Kelly sees the abduction of her true love...and guess who emerges in her life with an offer of assistance. Both Ted and Kelly are so wrought with love for their missing lovers, nothing will matter, no consequence will deter them for finding their soulmate. Enter three killers! Our protagonists will have their lives intertwined with these monsters, thanks to their demonic guide. As Tad and Kelly continue making deals with the demon, their bodily losses will get more pronounced and painful. They get closer, but will our demonic ally let them complete their goal? 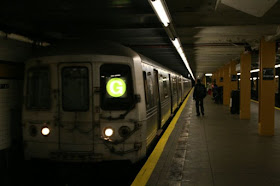 Lou Yardley will take us to the depths of Hell and it will be horrific. But wait! Is there more going on here? Can Kelly and Ted outsmart a creature of Hell? As Ted and Kelly change (physically and in sanity), will their lovers want to be saved by them? We have all heard the often rejected sermon that tells us we are all born of sin and worthy of Hell. Think about that as you read through this action-packed, and multi-dimensional horror epic that will have you squirming uncomfortably as you yell to the characters, through the pages, "No!!!"
To purchase this or other Lou Yardley books, click on the below link:
Lou Yardley Fiction
Christopher Zisi at 5:42 PM
Share