Stuff Stephanie In the Incinerator, Plot Twists from Troma

With a title like "Stuff Stephanie in the Incinerator," it is surprising that this film is not well known by the B Movie community.  This Troma film from 1989 is heavy on plot twists and betrayal, and light on gore and sex.  The three leads, Catherine Dee, William Dame, and M.R. Murphy star, each acting in their only film, and Don Nardo directs....again, in his only film.  Oddly enough, the direction and acting are pretty good, making it a mystery as to why these four never worked in film again. 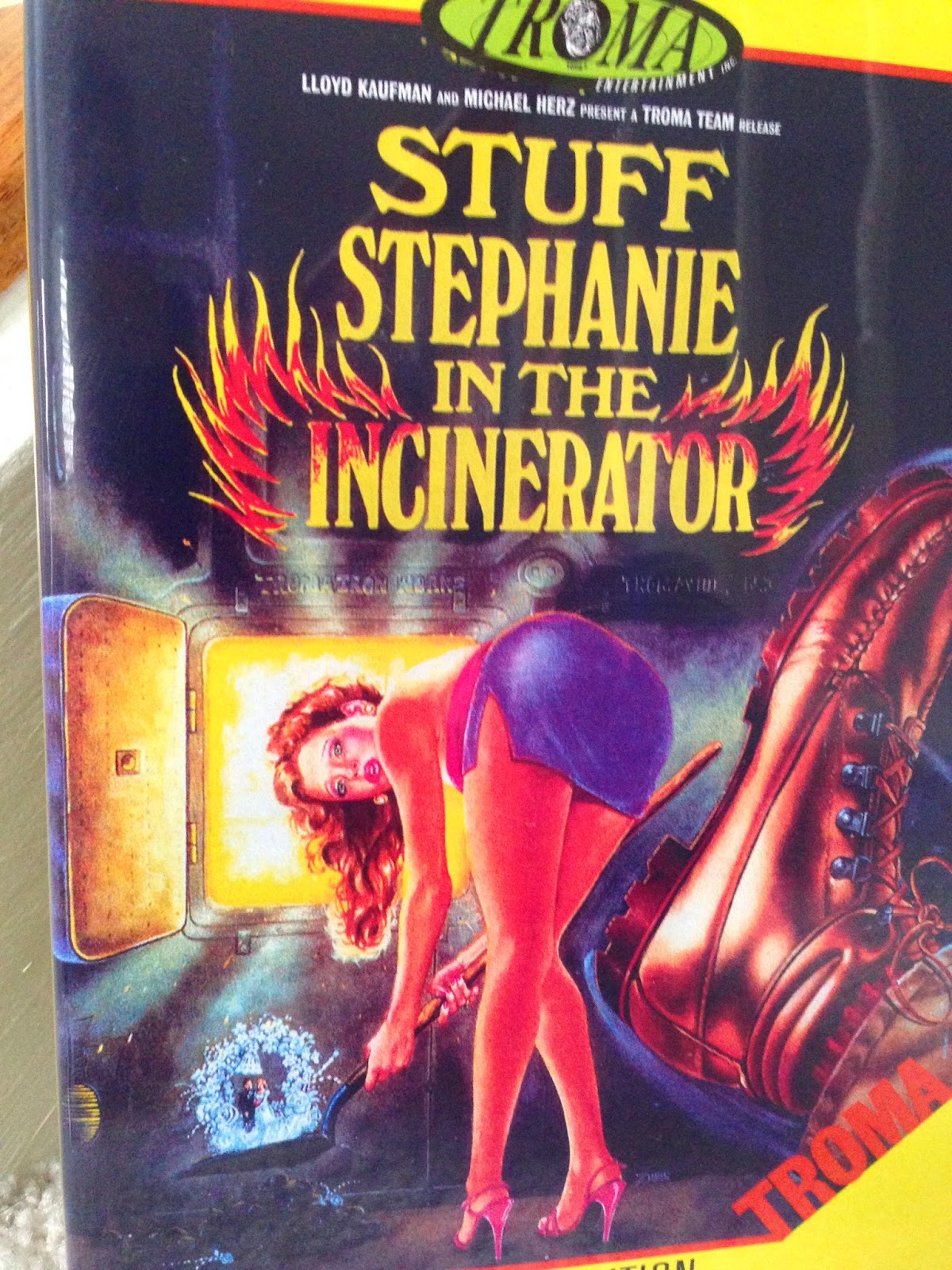 The plot, and an ambitious one:  Jared (Dame) and Casey (Dee) are a young couple worth over $50 million.  To spice up their sex lives, they engage in elaborate role playing/fantasy games (Jared calls these games "Transcendental Theatricals").  Casey often takes on roles such as Lizzie Borden, Joan of Arc, Amelia Earhart, or Lady Godiva.  Jared hires actors to play supporting roles, which sometimes culminate in them getting one which requires engaging in relations with Stephanie (Casey's alter identity).  A half hour into this work, it is apparent that Casey has fallen in love with an actor named Robert (Murphy).  Together they hatch a plot to eliminate Jared. 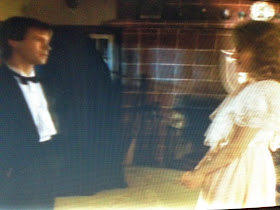 Uh oh!  Jared is onto them, and he devises one last Transcendental Theatrical, where he plays hunter, and Casey and Robert are the game.  What becomes apparent is that Casey has her own agenda, and so does Robert.  As Jared tracks them, the two lovers must also survive each other.  Plot twists occur every few minutes, some predictable, some not. 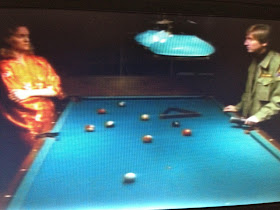 Though this Troma film will keep you guessing, the lack of gore is a bit disappointing.  Still, "Stuff Stephanie in the Incinerator" is fun, and at times, will remind you of "A Clockwork Orange," "Deathtrap," and "The Most Dangerous Game." The musical score features Ludwig van Beethoven music, hence you can claim some semblance of sophistication for enduring this work.
Christopher Zisi at 5:49 AM
Share