Picture this.  Uncle Zach, who grew smelly and grouchy in his last few years on this mortal coil, dies!  Because of imaginative estate planning, he is deposited in deep freeze at the local cryogenics lab.  One month later, Aunt Irma gives his clothes to Goodwill.  Two months later, Aunt Irma passes around his diary and we find out that Zach liked to wear Victoria's Secret intimates.  Three months later, Aunt Irma delivers Zach's mangy, old St. Bernard to the pound and begins to date a golf pro.  Six months later, Zach walks through the front door, reeking of cryogenic fluid and drooling.  While our government tries to alarm us about cholesterol, we forget about the impending horrors which breakthroughs in cryogenics may bring.  Hence, 1989's "The Chilling," starring Linda Blair, presents us a metaphor for the aforementioned horror story. 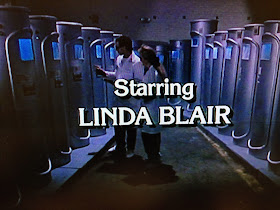 The Plot:  Universal Cryogenics is run by the evil Dr. Miller (Troy Donahue).  To avoid financial trouble, Miller is selling the organs of his "patients" on the Mexican black market.  Unfortunately, without hearts and kidneys, these patients will never be resurrected.  Mary Hampton (Linda Blair) is his assistant, and is unaware of his nefarious dealings.  She gets romantically involved with a client, a rich guy who just deposited his big-hearted (we actually get to see this heart before it is shipped south of the border) wife and his son (who was killed while trying to rob a bank).  Blair develops suspicions, and leaves her abusive husband one night to snoop around with her new boyfriend. 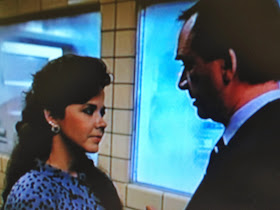 The facility is guarded by Grizzly Adams, and during a lightning storm, the power and generators go out.  Another lightning bolt revives the corpses who are green-faced and clad in aluminum foil jumpsuits.  Now Grizzly Adams, Hampton, and her boyfriend, along with the evil doctor are trapped inside the cryogenic facility with the recently departed...who are now recently arrived.  The formerly dead zombie-like beings are not happy and seek to tear apart all the employees.  Will Grizzly Adams be able to tame zombies as he used to tame bears?  Will Linda Blair, no longer possessed, find true love with her partner, as they fight zombies?  Will Universal Cryogenics see their S&P rating plummet as their inventory walks away?  This movie will entertain you and be fodder for you nostalgia freaks (from both the 1970s and 1980s). 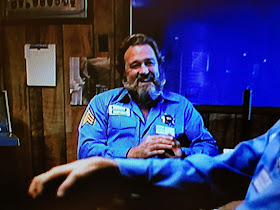 Just in case you think this movie is too far-fetched for your tastes, please Google Alcor International (http://www.alcor.org/BecomeMember/tinternational.html).  Red Sox fans, who believe Ted Williams is dead, may be surprised to know his son had his head preserved at this facility.  Can't make this stuff up, friends!
Christopher Zisi at 5:13 AM
Share