Q:  What do we get when we combine "The Horror of Party Beach" with "Creature From the Black Lagoon"?  A: Nirvana, aka 1965's "Sting of Death." In addition to a really cheesy monster, we get to hear Neil Sedaka sing "Do The Jellyfish" as 20 coeds in swimsuits wriggle and jiggle to it by the pool. 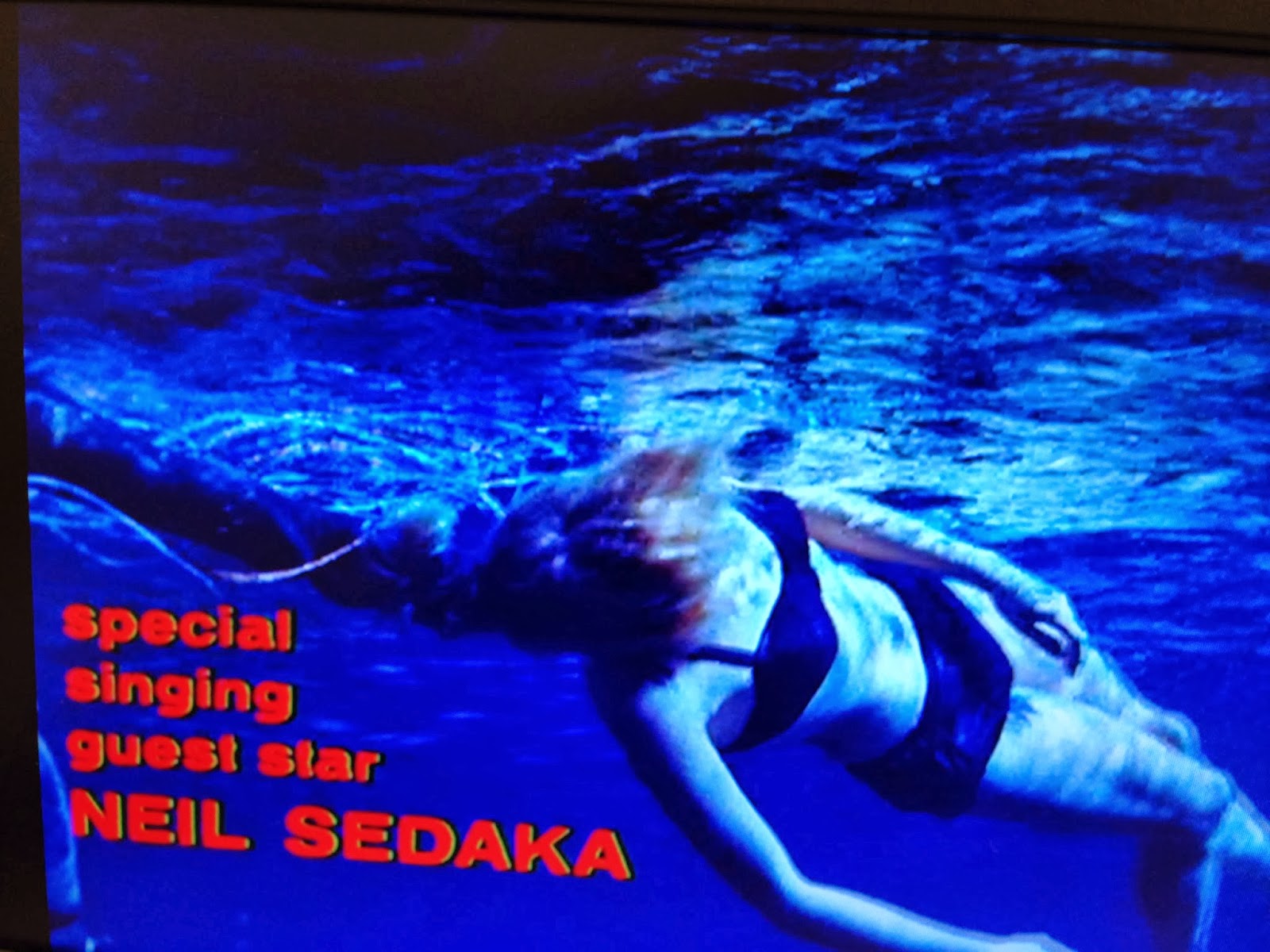 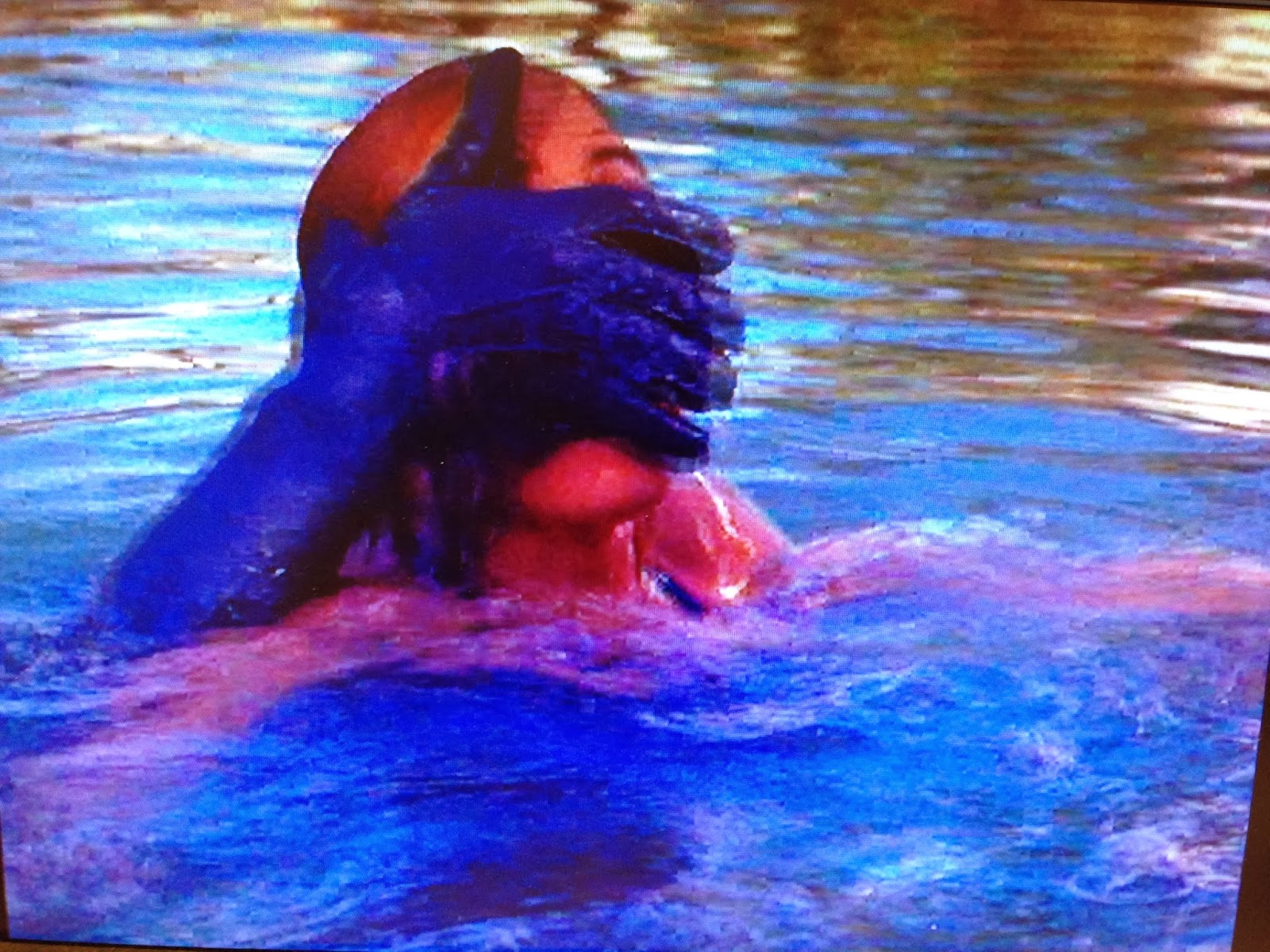 If you were a fan of "Land of the Giants" you will remember Deanna  Lund.  She plays Jessica in this cinematic achievement and is cast here with about 15 other bathing beauties...who all end up annihilated by the creature...very sad!  The plot:  Karen, and her fellow biology major friends (all babes) visit her dad's island in the Everglades.  Her dad is experimenting with jellyfish, trying to make them bigger (who knows why?).  Just before Karen arrives, her dad's sexy, bikini-clad assistant is dragged to her underwater death by the jellyfish-creature while she attempted to sunbathe (see pictures above).  No one seems to miss her.  Then the obnoxious guys arrive (more jellyfish bait) to party with the babes. 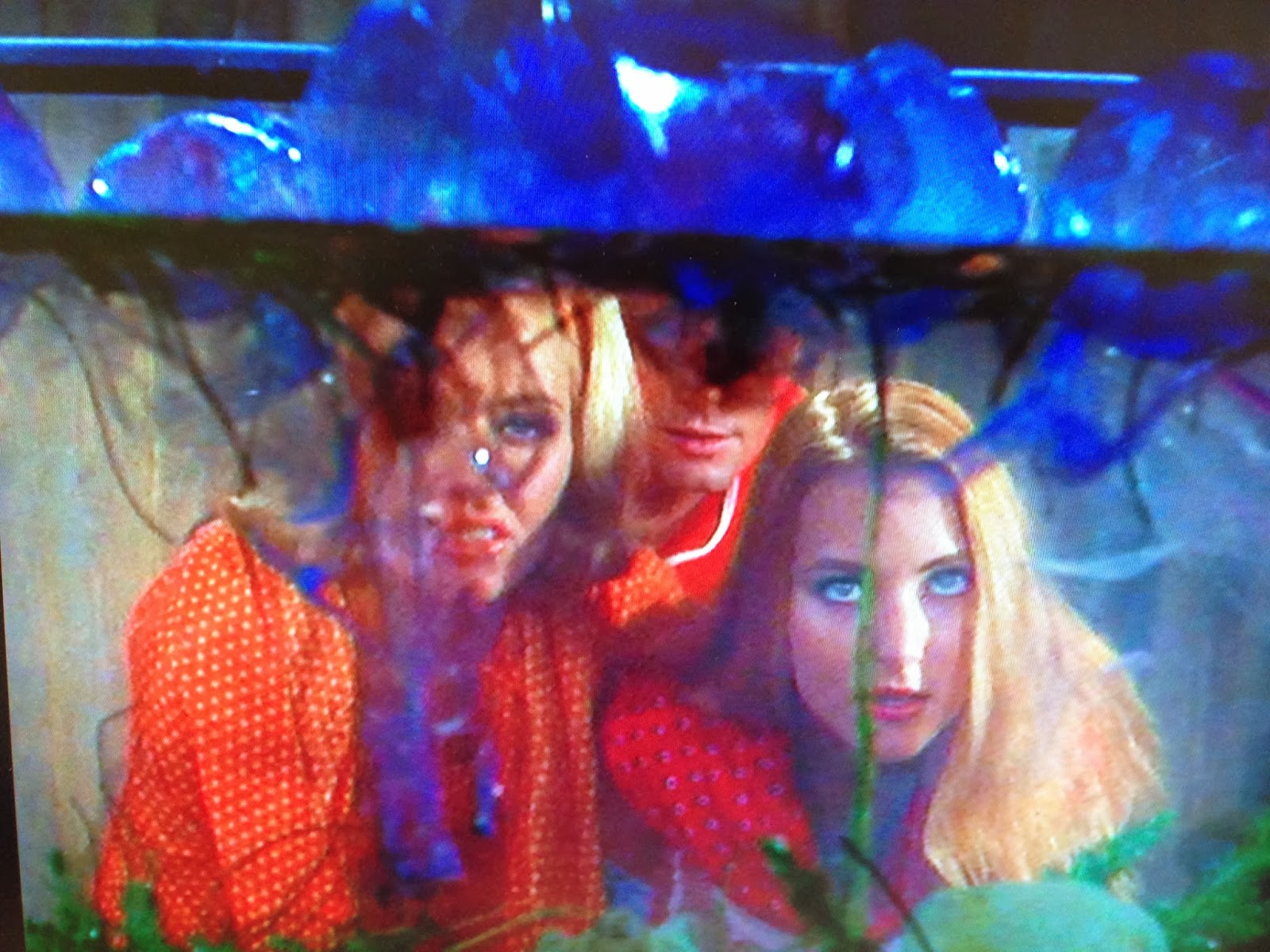 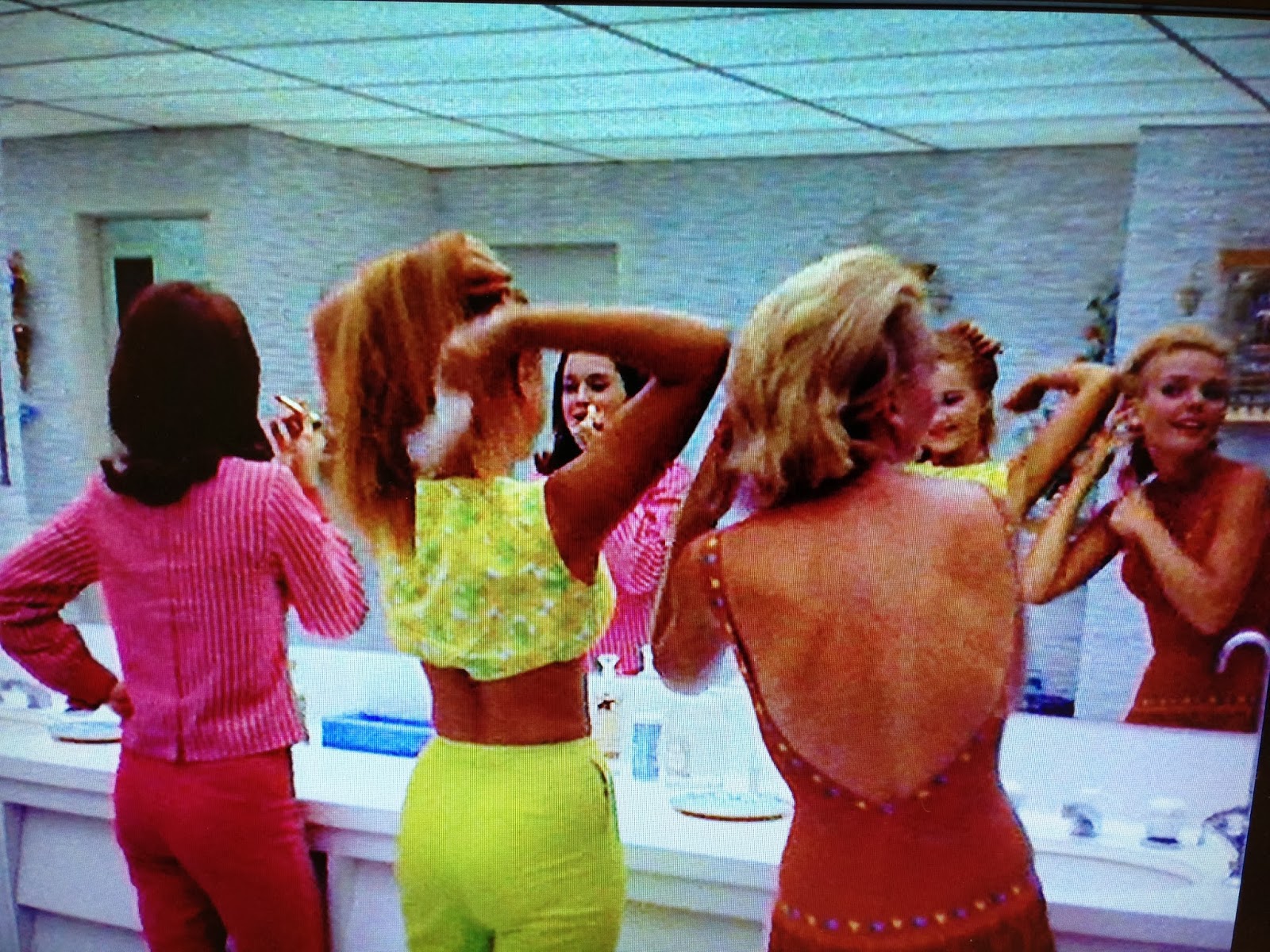 As the pool party progresses, the drunk college kids humiliate the Igor-like servant, Egon.  Unfortunately for them, Egon can turn himself into a six-foot Jellyfish creature (see picture below).  When Egon returns, he uses his acidic tendrils to scar some beauties and then kill about 15 of them as they try to escape. Egon always had a crush on Karen and plots to kidnap her and....well...do whatever jellyfish creatures do with attractive coeds (ask Roger Corman).  As the scientists venture into the swamp with Deanna Lund, who is also a SCUBA diver, the creature is waiting for them and picks off Lund just after she dives in.  Then back to the house, where he picks off one of Karen's showering friends and abducts the fainted damsel. 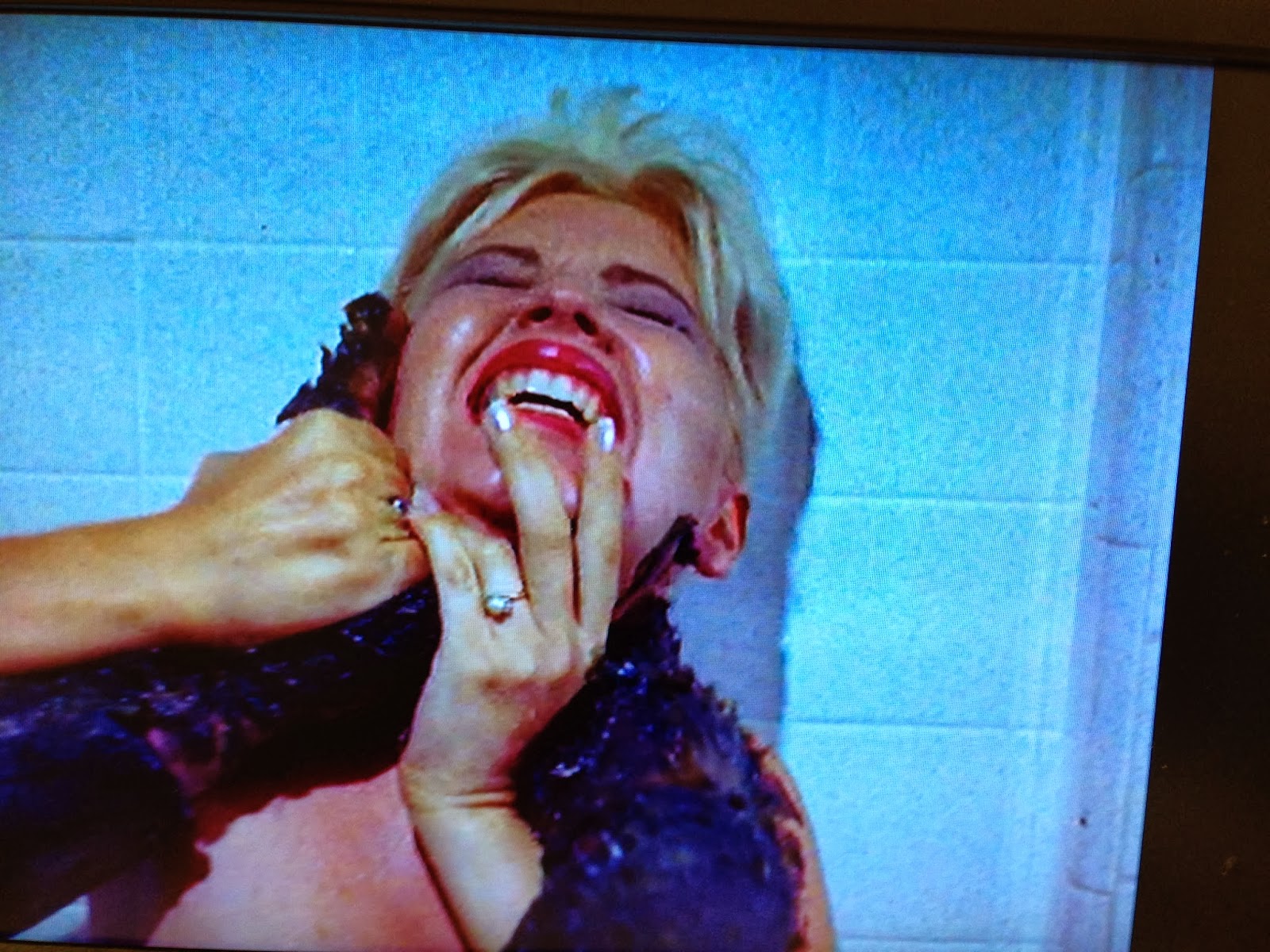 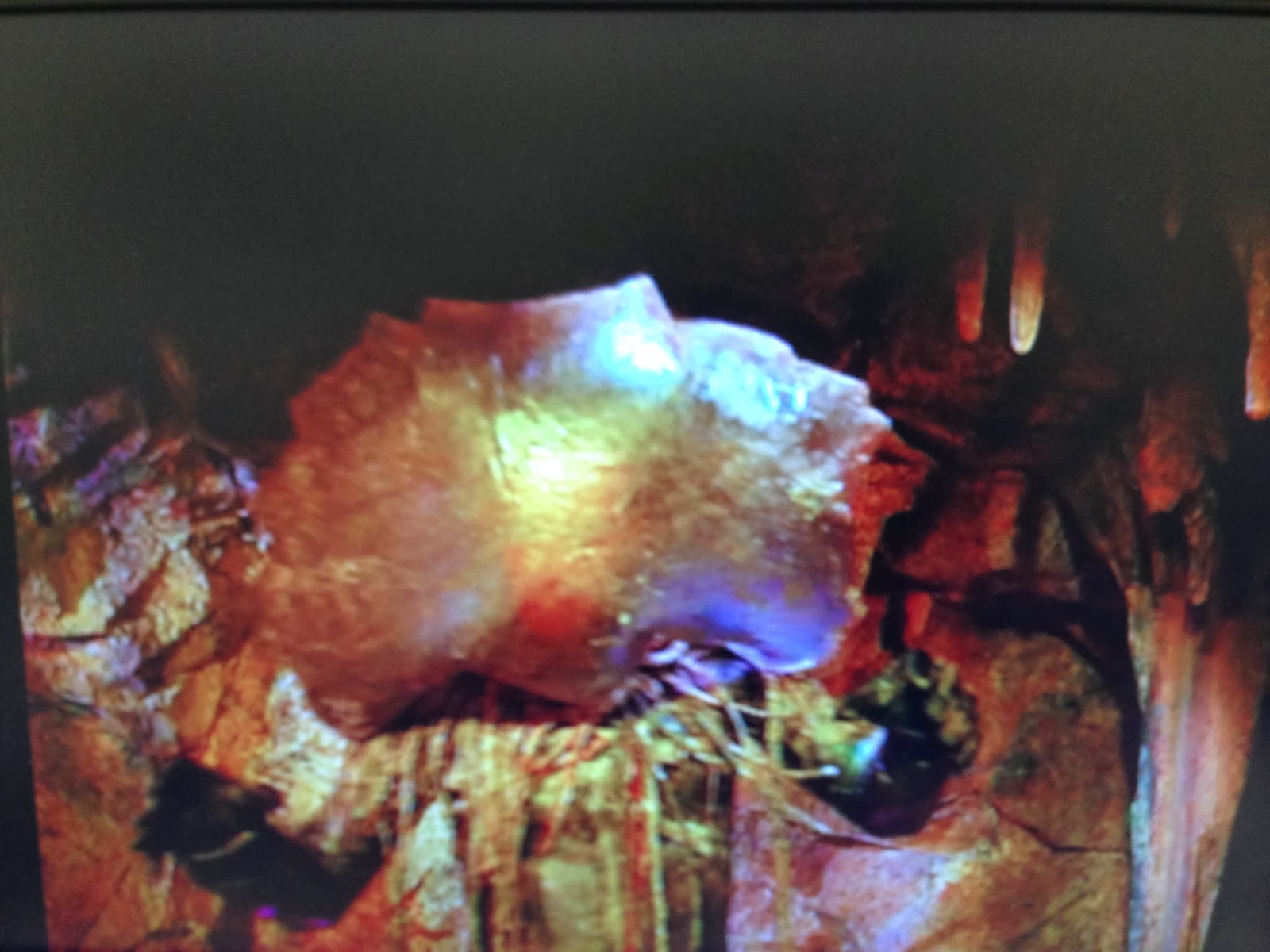 Will Egon's biological achievement be recognized by the scientific community? Will Karen learn to love a homely sea-creature?  Will Karen's dad ever realize his sexy assistant is missing?  This movie is a lot of fun, and the creature is so bad...it's great.  After watching the excruciatingly bad Brad Pitt movie, "Killing Them Softly," "Sting of Death" was welcomed medicine!
Christopher Zisi at 4:12 AM
Share