Rarely in film do you see a stripper who is....well...a stripper.  Usually these misunderstood souls are portrayed as loving mothers who need to finance their way through through graduate school so they can give their child the basic necessities.  2011's "Cherry Bomb" is refreshing in this manner.  Julin Jean plays a stripper who likes being a stripper.  She is not a mom and has no plans for an MBA in marketing.  This works well for us, as when she sets off on a voyage of revenge,  our protagonist is a vicious minded tramp, as opposed to a conscious driven grad-student/mom. 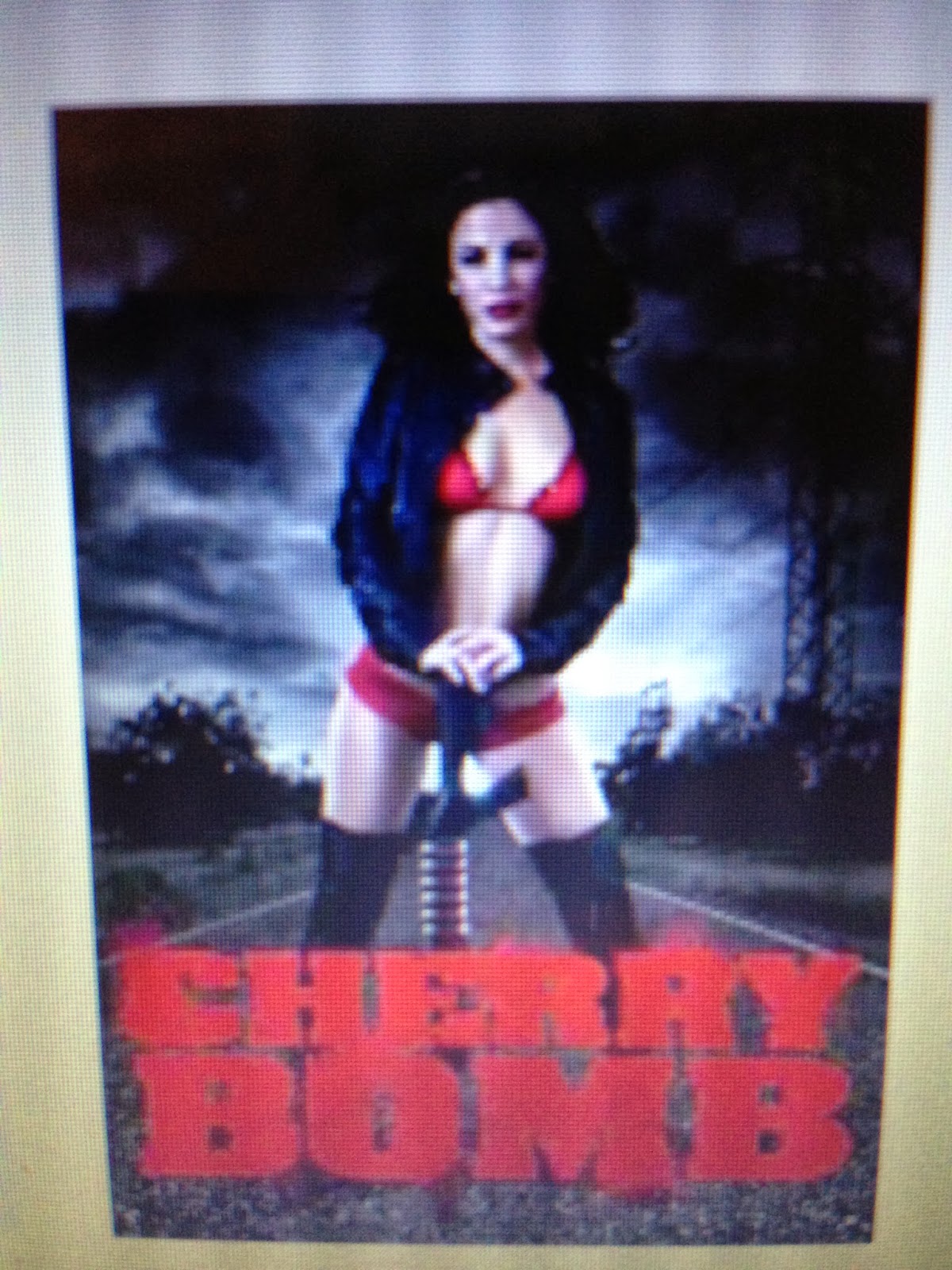 The plot:  Cherry is just about to finish her night at the strip club when her boss asks her to entertain a private party in the back room.  She does.  Five "respectable" businessmen, high on cocaine and alcohol, want more than just a show and violently gang-rape her.  While in the hospital, Cherry realizes that the corrupt cops are not going to help her.  What is a girl to do? Easy answer....find an Uzi, a shotgun, a nail gun, a switchblade, and a vengeful attitude and make ground beef of her attackers.  With the help of her brother and her best friend Sapphire (you guessed it, another "dancer") she does a pretty good job.  Unfortunately for Sapphire, she is painfully gunned down by a monster assassin hot on Cherry's tail. 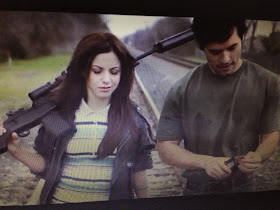 In addition to her gratuitous measures of revenge, Cherry cleverly plays the perceived sparkling reputations of her attackers against them.  One of the fiends arrives home expecting to find his loving wife and two small children waiting for him.  Cherry already payed the wife a visit and showed her photos of what her husband did to her.  When the thug is told by his wife that he will never see his children again, Cherry lets him know where in his kitchen he can find a revolver with one bullet in it.  He immediately eats the round. 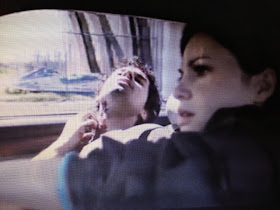 The transformation of a perky stripper into a violent monster is a major theme of this film.  When Cherry chases down one poor sap who did not actually participate in the rape, he just failed to aid her, we expect her to cut him a slack, especially as his two small children and doting wife are with him.  Surely she won't shoot him.....right?  Wrong!  This movie is not over-the-top, as the rape scene occurs off screen.  Her battered face is seen next in her hospital room where she is healing all alone...no flowers, balloons or friends  are anywhere to be found.  The ending is exciting as she tries to finish off her rapists and the monster assassin who cut down Sapphire.  The acting is good, keeping in mind Julin Jean is portraying a stripper not a philosopher/mom.  See "Cherry Bomb" and be ready for quite a ride.
Christopher Zisi at 6:36 AM
Share