She Demons, The Irish Conquer the Nazis

Irish McCalla had a brief film career which included "Sheena: Queen of the Jungle" and today's entry "She Demons."  McCalla, after a short career as an actress and model for girlie magazines became more well known for her ability as an artist, creating over a thousand paintings.  Her 39-24-38 measurements helped make this statuesque beauty perfect for this 1958 film in which she was never overshadowed by the 13 other beauties who also had feature roles. 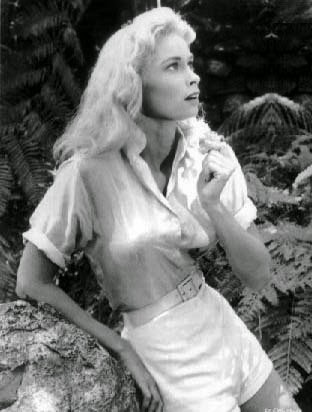 The plot:  Hurricane Emily causes a yacht to beach on an uncharted island.  Fred, our hero, and Jerrie (McCalla), and two crew members survive.  Jerrie and Fred bicker non-stop as Fred gathers provisions while Jerrie puts on make-up and keeps changing into attractive outfits.  In exploring the island, they come across 13 dancing, scantily clad beauties.  These beauties are played by The Diane Nellis Dancers (other than She Demons, it is difficult to find anything else they did).  While watching them perform, Jerrie and Fred witness Gestapo officers capture the dancers and put them in bamboo cages.  A menacing Gestapo officer then whips one of the dancers to death as a warning for the others never to attempt an escape again. 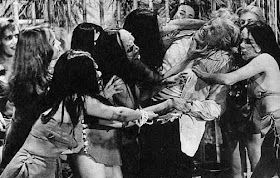 The evil Colonel Osler is using these captive beauties for their skin and glands in order to restore his wife of her beauty.  Osler's wife was disfigured years ago.  Unfortunately for The Diane Nellis Dancers, the experiments leave them with fangs and claws.  As Jerrie and Fred fall in love, they are captured by the Gestapo.  Colonel Osler realizing that his wife will always be deformed, tries to romance Jerrie.  Will Jerrie and Fred escape and live happily ever after?  Will The Diane Nellis Dancers ever be restored to their former beauty?  Will the USAF bomb this island out of existence (oh yes, a subplot I have neglected here)?  Why aren't modern actresses  referred to by their measurements, anymore? 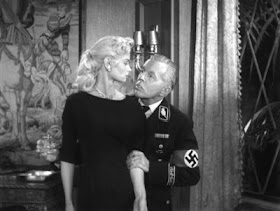 This is a fine movie.  McCalla and The Diane Nellis Dancers play well to the camera.  Rudolph Anders is superb as the evil Colonel Osler.  All the acting in this B movie tops Keanu Reeves' performance in "47 Ronin."  This is a must see for all you B movie fans. 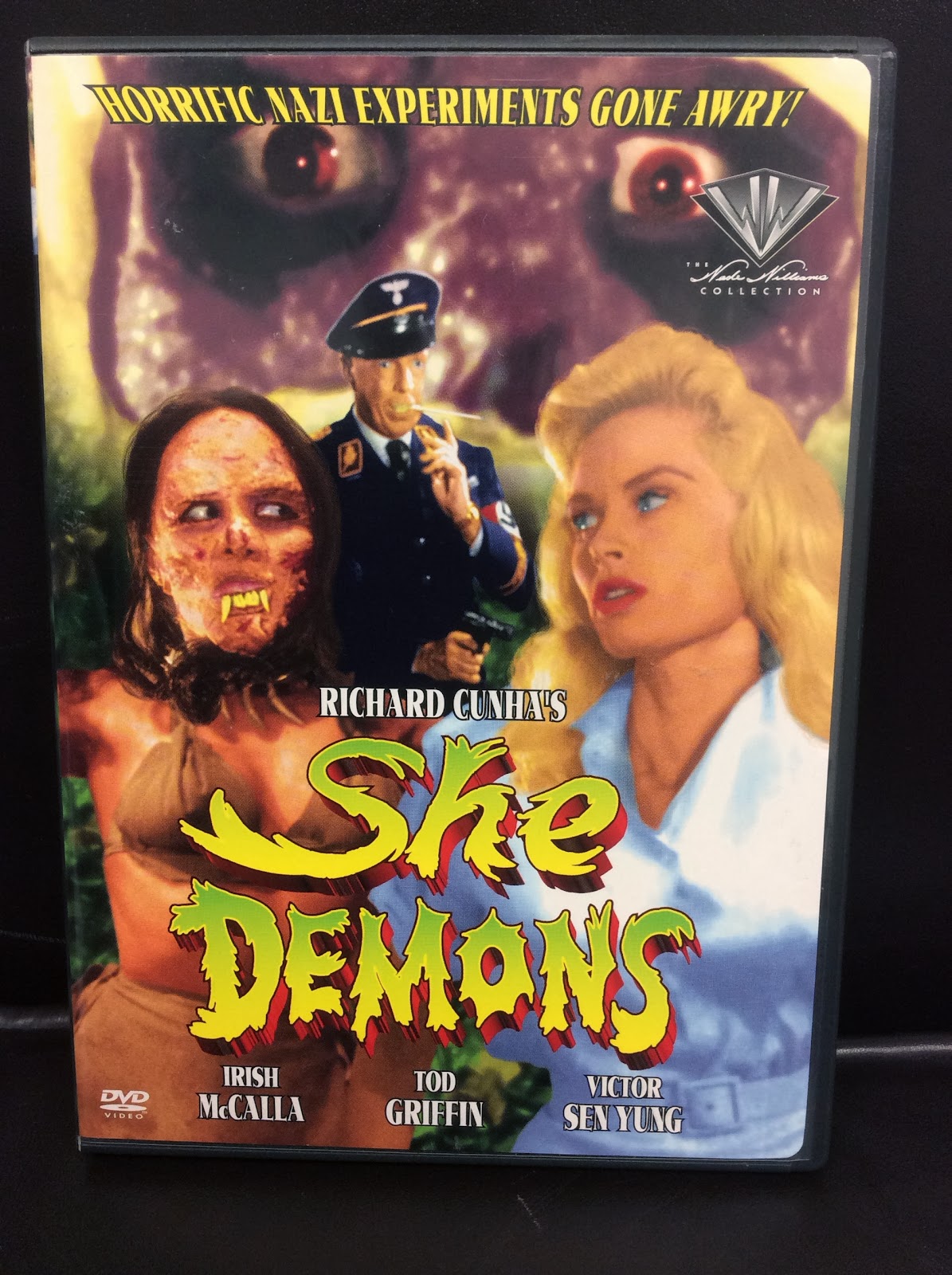